Vin Narayanan is the former managing editor at Casino City and has been involved in the gaming industry for over a decade Vin is currently based in Hong Kong, where he runs his own consultant group and works as head of gaming and public relations for Mega Digital Entertainment Group.

Before joining Casino City, Vin covered (not all at the same time) sports, politics and elections, wars, technology, celebrities and the Census for USATODAY.com, USA WEEKEND and CNN.

U.K. court says poker is a game of chance

A British appeals court declared this week that poker is a game of chance under U.K. law, and Gutshot will need a license if it wants to offer the game in a private club. 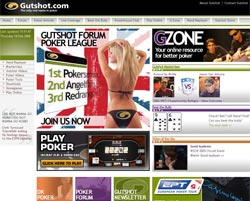 Gutshot, which operates popular online poker room and community Gutshot.com, opened a brick-and-mortar facility in 2004 to complement its online business.

But the British government shut it down and charged Gutshot with operating a (land-based) poker room without a license.

Gutshot defended itself in court by arguing that poker was a game of skill, and therefore not prohibited the 1968 Gaming Act.

But the British courts have ruled that poker "contains a significant element of chance, and therefore is a prohibited."

The key distinction is the significance of chance, Kelly said.

In chess, the element of chance is insignificant so that game is not prohibited, Kelly said.

Gutshot has one appeal left -- to Britain's highest court -- but its chances of victory are remote.

U.K. court says poker is a game of chance is republished from Online.CasinoCity.com.